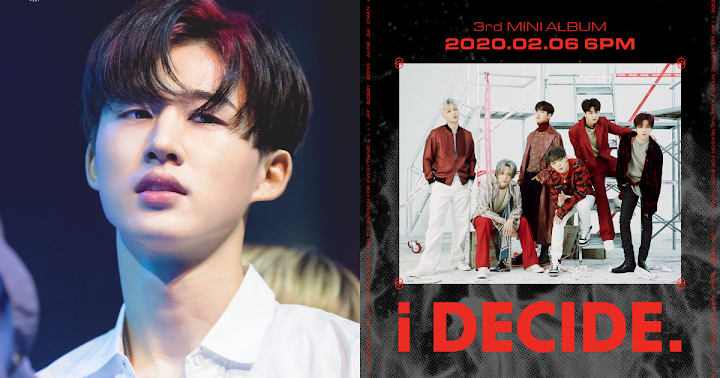 The long-awaiting comeback dished in “i DECIDE” would be the first album since B.I, leader of the group, left iKON. However, YG Entertainment surprised fans by divulging that he will still be a part of the new album.

B.I decided to leave the iKON after a life-changing career-tainting scandal in which he was accused of buying and allegedly using drugs. Such public backlash familiar to Korean music industry ultimately made him leave, despite publicly denying the claims that he consumes drugs.

In spite of this, based on the official statement, YG Entertainment decided to keep a song produced by B.I as it held a “special” meaning for the members and the rest of the producers. The emphasized that they only retained the songs where B.I took part in its production, but not his singing in all of the songs in the album.

Although it was unfortunate for B.I prompting himself to leave iKON in which he hold dear along with the music industry he had served with passion, he will still play a part that is just as meaningful and true to the iKONic standard in the upcoming new album.

Hello. This is YG Entertainment. We would like to explain about iKON’s 2020 new mini-album, [i DECIDE]. The new album that’s set to release on February 6 will have 5 new songs. This album was originally scheduled to be released in mid-late 2019, so the recording was finished in the beginning of 2019.

But in the middle of last year, the groups’ leader and producer, B.I had to suddenly leave the group, and the album’s plans were delayed indefinitely. Our agency thought long and hard about what to do with the album that was finished in early 2019.

We had 2 large issues.

We debated if we should put aside all of the songs that B.I wrote and composed and start over from the beginning. But that would have caused a severe delay in their comeback, so we couldn’t ignore the cons and detriments to this idea.

There was an option to take out all of B.I’s rapping parts, remake the melody, and have other members record it. We would undergo a long process of having each of the members change their parts’ sequences, which would tangle everything. The 6 members would have to all decide on a new sequence and record it from the beginning.

After a long discussion between the members and the agency, we decided to use a solution that uses both the first and second options.

The songs weren’t just produced by B.I, but it was a collaborative project with many of the composers in YG. Since the songs were also dear to the members who had worked on them for a long time, we decided to use the songs after editing it. We also decided to add a new song that had its lyrics written by a member who’s never done it before.

We’re sure that B.I will never be able to put into words how sorry he is to the 6 members of iKON who lost their leader, as well as the fans. Our agency would also like to convey our apologies for not being able to manage them well either.

Although we feel regretful, YG will not hold back our efforts and investments in protecting the 6 members of iKON.

We will repay the fans who continually depend and love us with thankful and understanding hearts. We ask that you give lots of support for the 6 iKON members who are starting anew.

Spotify launches Daily Drive, a radio-like experience will all your favorite music!

realme Pocket Bluetooth Speaker is coming to the Philippines soon

PhilSys online pre-registration goes under maintenance after its launch

The Kata F2 and its excellent battery life