It’s a 7-inch 1280×800 LCD touchscreen that has a refresh rate of 60Hz. The button layouts seems to have everything. It adopted a familiar button layout of ABXY buttons, D-pad, L&R analog, and bumper triggers. But additionally, it has View & Menu buttons, two full-size analog sticks with capacitive touch, and four assignable grip buttons. This makes it an adaptable console that can play any games available in Steam.

Most of all, it runs on SteamOS 3.0 with Proton, making it possible to run games without any porting work needed from developers. To store more games, it also includes a microSD card slot.

It’s marketed to have a 40Whr battery capable of 2–8 hours of gameplay charged via USB Type-C. Other connectivity features include Bluetooth 5.0 and WiFi 5.

Powered via USB-C, its dock supports one USB-A 3.1, two USB-A 2.0, an ethernet port, a DisplayPort, and an HDMI 2.0 port. The dock is sold separately.

The concept is similar to the Nintendo Switch experience, which is versatile to use may it be as a standalone handheld gaming console or portable in other gadgets such as monitors and gaming controllers. Unlike Switch, however, it allows players to install third-party apps, which also includes rivals’ shops such as the Epic Games Store. 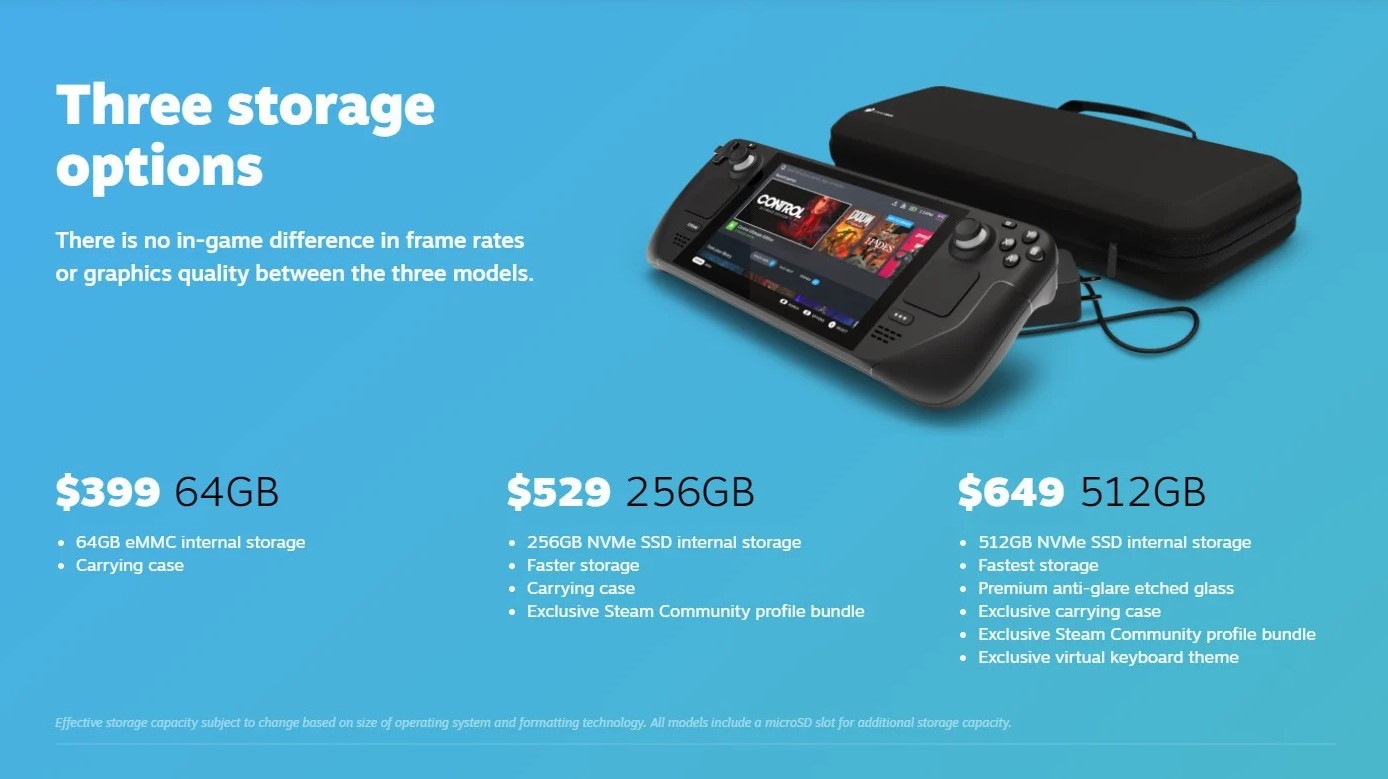 As of now, it’s only available in regions United States, Canada, European Union, and the United Kingdom. It’s ready to ship in December 2021, available in three variants.

Fortunately, Valve will include more regions by 2022. For now, stick around for future updates.

Every 6th user has been doxed while looking for a relationship online, says survey

Over half in APAC finds AI matchmaking trustworthy, study says

TCI to pave the way for Mobile Number Portability in PH, launching in Sept. 30

Gov’t must subsidize telcos to spur creation of cell sites, use...

Doom 3 to be playable on PlayStation VR